PASADENA—David Tirrell has been named chair of the Division of Chemistry and Chemical Engineering at the California Institute of Technology.

Tirrell, the Ross McCollum-William H. Corcoran Professor and professor of chemistry and chemical engineering since 1998, is a researcher who focuses on connections between materials science and the biological sciences. His specific interests include the preparation of new materials for application in biology and medicine and a better understanding of the ways in which materials are made in nature.

Chemistry and chemical engineering form one of the six academic divisions at Caltech. The division has 33 faculty and 263 undergraduate and graduate students. Having the two disciplines in the same division greatly facilitates cooperation in teaching and research. There is a long history of fruitful interactions between chemists and chemical engineers at Caltech. The division faculty includes Nobel Laureate Rudolph Marcus and the late Nobel Laureate Linus Pauling, as well as National Academy of Sciences/Institute of Medicine member Peter Dervan, the outgoing chair of the Division of Chemistry and Chemical Engineering. Dervan will return to teaching full time after five years as division chair.

"We feel very fortunate that a colleague of Dave's caliber has agreed to assume administrative responsibilities. His leadership skills have been evident during the year or so that he has been a Caltech faculty member and we expect that both the division and the Institute will benefit from his judgment and perspective," said Steven Koonin, vice president and provost. 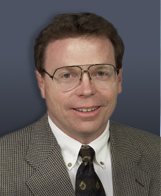