A Sustained History of Leadership

The Resnicks' recent $750 million commitment to Caltech will bring together experts across campus who have the interdisciplinary expertise to advance bold new solutions to energy and sustainability challenges. With an expanded scope and the enduring financial support to advance solutions at scale, the Resnick Sustainability Institute will continue to build on the pioneering work Caltech researchers have been doing in these fields over many decades. 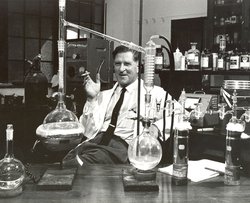 In the 1940s, Caltech chemist Arie Haagen-Smit became the first scien­tist to directly link smog to automobile exhaust, ultimately prompting the for­mation of the California Air Resources Board. Since then, Caltech researchers have continued to influence air-pollution management with new insights into urban smog formation and dis­coveries about the origin, chemistry, and evolu­tion of particles in the atmosphere. 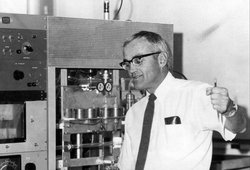 Attempting to calculate the age of the earth (4.55 billion years), Caltech geochemist Clair Patterson unexpectedly discovered that toxic lead contaminated everything from his lab instruments to canned fish, ocean water, Antarctic ice, and, most alarm­ingly, the human body. Despite skepticism about his findings throughout the 1960s, Patterson's research became demonstrated facts that drove efforts to remove lead from gasoline and to implement environmental protections including the Clean Air Act of 1970. 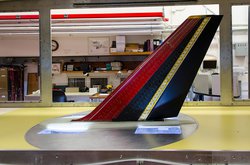 Researchers have used Caltech's John W. Lucas Adaptive Wall Wind Tunnel and its historic 10-foot predecessor since 1926 to test every­thing from military and commercial aircraft to Olympic bicy­cles and electric cars. Insights made possible by the tunnels have led to more fuel-efficient vehicles and inspired research on hypersonic technology. 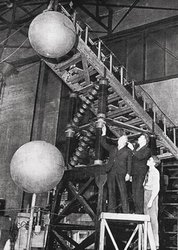 A high-voltage laboratory built on campus in 1923 was the first in the country to have a million-volt power source. The laboratory helped Southern California Edison de­velop high-voltage transmission lines, which would furnish lightning protection to oil storage tanks and address other power needs of a rapidly industrializ­ing Southern California.

To learn more about the ways in which Caltech scientists and engineers have worked at the forefront of inquiry and innovation, launching new fields of study and inventing world-changing tools and technologies, see our Innovation and Impact report.