Two Faculty Members Inducted into the National Academy of Sciences

Two Caltech faculty members and several Caltech alumni are among those inducted as the newest members of the National Academy of Sciences (NAS) this year. Membership in the academy is considered one of the highest honors a scientist can receive.

The Caltech faculty members included this year are Doris Tsao (BS '96), professor of biology, investigator with the Howard Hughes Medical Institute, and director and leadership chair of the T&C Chen Center for Systems Neuroscience; and John Brady, Chevron Professor of Chemical Engineering and Mechanical Engineering.

Brady's research focuses on fluid mechanics, with a special emphasis on complex fluids and soft matter such as suspensions, colloids, and active materials containing self-propelling particles. His research into these materials led him to develop Stokesian dynamics, a computational method for modeling the behavior of many particles moving through viscous fluids. In 2012, Brady won the Fluid Dynamics Prize from the American Physical Society. He was elected to the National Academy of Engineering in 1999.

Tsao's research is in the field of systems neuroscience, where she studies the neural mechanisms responsible for primate vision. Her aim is to discover how the brain assembles the light that strikes the retina of the eye into a visual experience with discrete and recognizable objects. Her work has been pioneering in its use of functional magnetic resonance imaging and its discovery of "face patches"—areas specifically tuned to recognize faces—in the primate brain. Tsao was named a MacArthur Fellow in 2018.

For a full list of this year's NAS members, visit http://www.nasonline.org/news-and-multimedia/news/2020-nas-election.html 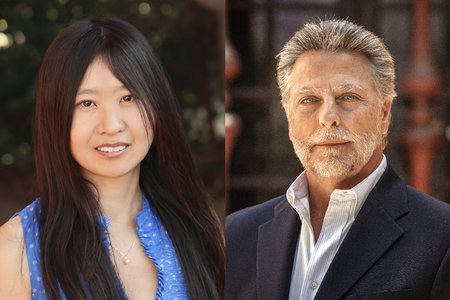